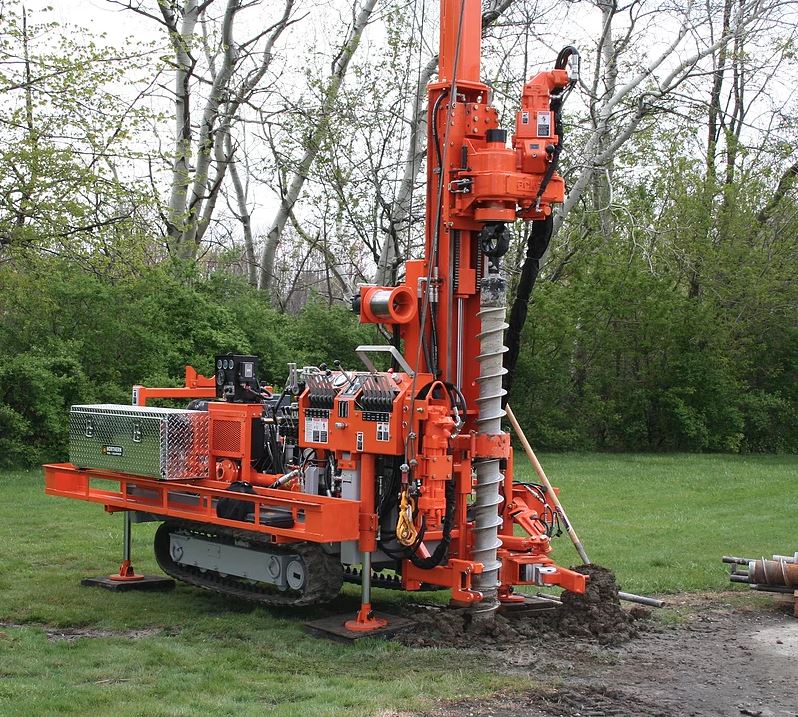 Andy Trewhitt, General Manager of Allied’s Pennsylvania office, recently wrote a piece on geothermal that was featured in the Home Builders Association of Bucks and Montgomery County (Pennsylvania) Reporter.  Here is the transcript of that article:

Pretty heavy stuff, huh?  No, I didn’t make it up.  Although this statement made by the EPA has become almost cliché for many of us in the geothermal industry, it still speaks volumes about the benefits of geothermal systems and nicely packages their appeal.  And though many of you may be familiar with geothermal as an alternative form of heating and cooling, I’m going to give a quick rundown on the mechanics, performance, and benefits of these systems.

Geothermal technology is well documented and proven.  The need for explanation of things like refrigeration and the vapor-compression cycle is probably unnecessary to get into here (and is probably better left to an experienced HVAC contractor rather than a lowly driller!), but can be quickly noted as being the driving forces behind the ability to lower the temperature of an enclosed space by removing heat from that space and transferring it elsewhere (or vice versa for heating).  Devices performing this are commonly referred to as heat pumps.  And like a refrigerator or air conditioner, GSHP systems use a heat pump (albeit water source) to force the transfer of heat.  The twist for GSHP’S is that the heat is extracted and rejected underground (using the earth as a heat reservoir), and only needs minimal input by the heat pump itself to further alter it.  These systems use the earth as a heat source (in the winter) or a heat sink (in the summer). This design takes advantage of the moderate temperatures in the ground, typically between 50 and 60 degrees F depending on latitude, to boost efficiency and reduce the operational costs of heating and cooling.

So what benefits can be had by installing one of these systems?  To me, they can be categorized into economic, environmental, site, and mechanical (which I’ll not stray into, as they are really a conglomerate of the first 3 and again, better explained by a trained mechanical contractor).  First, economic benefits include reduced operating and maintenance costs, extended equipment life span (typically 20-30 years on the units vs. 12-15 conventional), and the option to produce nearly free hot water (via a desuperheater) at certain times of the year.  Yes, the up-front costs can be significantly higher with GSHP’s, mainly due to the need for drilling the wells (gasp…).  But these costs can be justified by considering the tax credits available, and by being forward thinking enough to consider the ROI and the fact that with a low interest loan, positive cash flow can often be seen from day 1, when comparing monthly operating costs to a conventional system.  As far as real estate goes, invest up front to collect energy for years to come.  And with homes of equal price, energy efficiency always wins.

The environmental benefits of GSHP’s really speak for themselves, and don’t need a lot of attention here.  A significant reduction in greenhouse gases (no combustion) leads the charge in this category.  For example, for every 1 million GSHP installations, 5.8 million metric tons of CO2 are eliminated annually (www.eia.gov).  These systems eliminate the need for point of use pollutants, namely propane and oil, which are prevalent in our area and can be very costly.

Site benefits are ones that enhance your property or eliminate infrastructure.  The big one here is that all GSHP piping is underground at least several feet, or even several hundred feet in the case of the well piping.  The material itself is extremely strong and long lasting, warrantied for up to 50 years and expected to last much longer than that.  Also, the need for noisy outdoor equipment is eliminated, offering improved aesthetics and freeing up yard space.  All mechanical equipment can be kept inside, protecting it from Mother Nature and promoting the lifespan/longevity of the equipment itself.

When it’s all said and done, the technology of geothermal can be seen as simple, and the benefits of GSHP’s can be considered significant.  A lot of the market for installing these systems is going to be customer driven, but by addressing some key points to the customer, can be attractively promoted.  Sell the investment, and show how the benefits of geothermal relate to a decreased total cost of ownership.  With the right design, numbers don’t lie!

Thank you! Your submission has been received!
Oops! Something went wrong while submitting the form